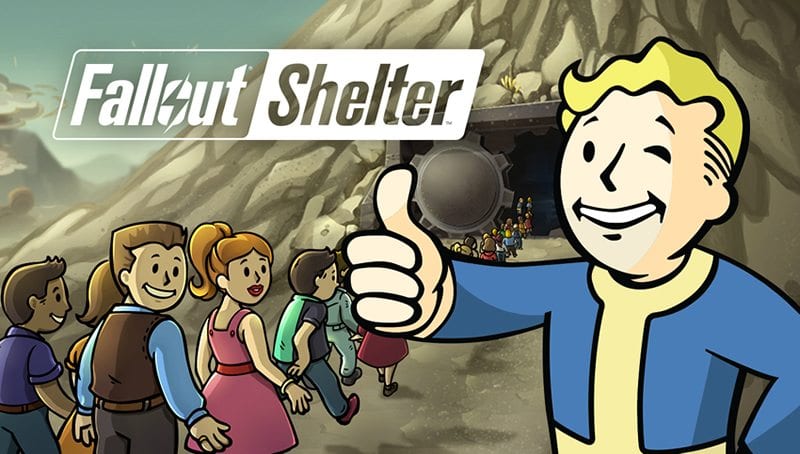 We know that the mobile market is on the rise. More and more companies are betting on creating games to spear them to Android and iOS. One of the companies with the world name, Bethesda, was one of them.

One of the biggest news of E3 2015 for the world of mobile devices was the game Fallout Shelter, a palliative for fans of the series while Fallout IV is not released. Best of all is that players do not need to spend any real for fun, adventure is the free-to-play style.

The game is a kind of combination of Sim City and XCOM, that his journey the goal is to build a shelter to keep all living residents. You need to build a good place to keep residents happy and leave them out of the dangers of the Wasteland. Shelter, you can create various types of buildings, with some of the players may leave the happiest residents with electricity, water, and more.

The big news is that the game is an absolute success, dominating the list of most downloaded worldwide. The biggest advantage of this is that Fallout Shelter is a free game without any of the disadvantages that entails. There are no counters, limits wait times or anything. You can buy things in the store, but otherwise the game is 100% typical to what was expected of a good title a few years ago.

But the question arises: why was a success? We know that the Fallout Saga, on consoles and computers is a real success, but as the Bethesda know that the phones would be the same? The answer is exactly this: the survival factor.

This factor already stands out in huge games that were released for the last time in a variety of consoles and computers. In addition to Fallout games we have related zombie like DayZ and Walking Dead, in which we find ourselves in the shoes of a character and we have to survive, and also other games related to demons. But the survival factor, makes us want to feel on the skin as it is to be a survivor in the apocalyptic world.

As a result of the financial success of Minecraft and DayZ, survival genre won numerous titles from 2012 onwards. Some considered that the market has become saturated with many titles based on the same post-apocalyptic scenario, most popular titles clones, and titles released as an attempt to make money fast with early access models.

This site uses Akismet to reduce spam. Learn how your comment data is processed.